French Alphabet Pronunciation: What Are The Basic Rules?

French Alphabet Pronunciation: What Are The Basic Rules?
Share on

One of the most basic features of any language is its alphabet. And every single alphabet is different from another, whether it is in its written form or in its pronunciation. When it comes to learning the French alphabet, it may be easier for occidental people because it is very similar to a lot of other languages. Only the pronunciation is different and you don’t have to learn a whole new alphabet like it would be the case when learning Russian or Japanese, for example. In today’s new post, we will teach you all there is to know about the French alphabet:

Why should you learn the French alphabet and its pronunciation? 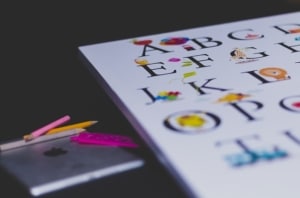 What is the French phonetic alphabet?

If we talk about the alphabet we also talk about pronunciation and sounds, so we must dive into the phonetic alphabet first.

There are 20 consonant sounds in French:

There are 3 semi-vowel (a mix of a consonant and vowel sound, a bit like the “y” in English) in French:

There are 11 oral vowels (regular vowels) in French:

There are 3 nasal vowels (vowels pronounced in the back of the throat and nasalized, just like you would have in dancing) in French:

What is the pronunciation of the French alphabet?

French has an alphabet composed of 26 latin letters. Here they are:

Where to find audio or video files to listen to authentic French pronunciation?

Now that you know the French alphabet, it’s time to practise! First, you should look for websites where native speakers help other people by recording themselves: forvo and AudioFrench are great examples. With these, you can find almost any word or idiom you’re looking for and listen to an authentic pronunciation.

Podcasts, as well as audio books are also a great take if you can follow along with the transcript.

Tips to memorise and remember the French alphabet

Finally, here are 5 tips to help you learn and remember the French alphabet:

Practise makes perfect. Every time you want to learn something new, it is very important that you learn and repeat, over and over again.
The more you repeat a word or a sentence the easier it is to memorize it. It is the same with pronunciation and letters of the alphabet: repeat them, find exercises that will make you read them again and again and you will memorize everything in no time.

Tip#2 Pay attention to where the sounds are located

When learning the alphabet, it is very important to learn the phonetics too: how the language is pronounced. You might have seen it but some letters have a different pronunciation whether they’re in the beginning, the middle or the end of a word.

Tip#3 Learn vowels with their accents

French vowels all have variants: the accents. There are 4 different accents: accent aigu (like é), accent grave (like è), accent circonflexe (like ê) and accent tréma, (like ë) and they all modify French vowels pronunciation. While you learn vowels, learn their variants too because they’re very common and very important. It will also help you get used to French pronunciation.

All kids learn the alphabet when they learn their own language. There is a song, common to a lot of languages that help you learn and memorize the alphabet: the alphabet song!
This entertaining song is very simple and it sticks in your head.

Tip#5 Record and listen to yourself

One of the best ways to learn how to pronounce the alphabet is to record yourself. Learn the alphabet, listen to it being pronounced out loud and repeat. Recording yourself while repeating will help you spot where you need to focus and it will help you improve your accent as well as your pronunciation in no time!

Learn French thanks to Global General

If you want to learn more than the French alphabet, our online solution Global General is made just for you. If you’re looking to learn French from scratch or just improve what you already know, Global French is made especially for beginners or intermediate levels. It is an online training platform that will help you improve your skills through:

Our program is tailored to your needs and in agreement with the common European language learning program. If you’re tired of the traditional boring lessons that make you lose confidence, then this is the best online solution for you.