In this post, we’re discussing how TOEFL sample tests can help you hit the TOEFL score you need.

Read on for our answers to the following questions:

If you’ve got a TOEFL exam marked in your calendar, this article on TOEFL sample tests is for you!

What Is a TOEFL Sample Test and Why Is Taking One Necessary?

One of the best TOEFL test preparation methods is taking a TOEFL sample test. This is a practice test that uses the same format and material as a real TOEFL exam and helps you to familiarize yourself with the real exam without the pressure of the real thing.

A TOEFL sample test is a fantastic way of preparing yourself for what to expect on the day, such as the extracts and recordings used, the question styles, and the time limitations.

Taking mock tests is also a great way to identify weak spots in your revision and monitor your progress. 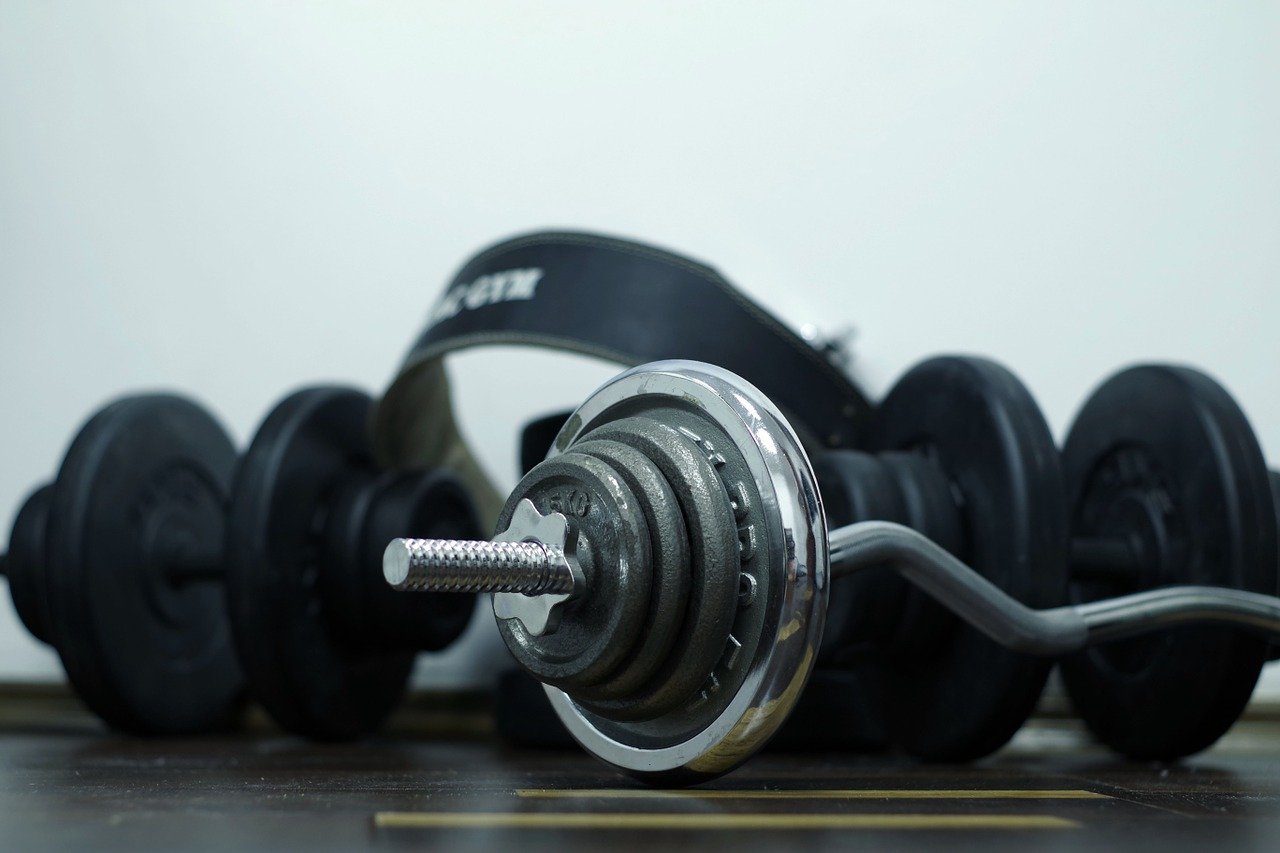 Online TOEFL Practice Tests and Questions for Your Preparation

We will be going over the types of questions present in the official TOEFL iBT test in order to give you a glimpse of a free practice test. If you wish to get access to more in-depth practice exercises for the TOEFL, please take a look at our other articles :

Here are a some Writing questions taken from a mock test on the GlobalExam platform:

Despite the marketing, fair trade sales are struggling to take off in the U.S. And yet, such products are everywhere. On supermarket shelves, in canteens, at Ben & Jerry’s, and even at McDonald’s.

Customers are told that by paying a little more for certain fair-trade certified products, farmers in developing countries will be able to live a better life. But still, few Americans buy products that are labeled “fair trade”.

This is not necessarily due to a lack of interest but rather because they find these products too expensive and have doubts about the real impact of fair trade on small producers. Also, there is a discrepancy between the marketing rhetoric and the consumers’ buying habits, who are suffering from the decline of their purchasing power.

In the 1990s, the world discovered the abusive and often inhumane practices of major brands like Nike and Gap and the slavery-like conditions in which certain products were manufactured.

This could explain why the arrival of products labeled “fair trade” in mass distribution does not necessarily appeal to consumers and especially because the major retailers refuse to reveal the margins and profits that they receive from the sale of fair trade products.

It is therefore understandable that consumers do not trust these large retailers when their management practices are often in deep contradiction with the basic principles of fair trade, and even more so if they refuse to be transparent.

The success of fair trade in terms of poverty alleviation is therefore rather mixed. All the more so since fair trade chains work mainly with the least disadvantaged regions of the world -Latin America- because farmers have more means to buy the certifications, but also because their productivity is higher, which makes their yield more predictable and cheaper.

Throughout the ages, legal specialists, politicians, philosophers, but also ordinary people have expressed their views on the death penalty. The arguments put forward by proponents of capital punishment have remained almost identical since the origins of our societies. To this day, the three major arguments presented here are generally used to defend the principle of the death penalty.

To survive, a society must defend itself against disorder and enforce its laws. When one of its members breaks them, it is dangerous not only for the people he/she might attack but especially for society as a whole.

The state should therefore ensure that justice prevents the offender from causing disorder or committing further crimes. The most effective way to do this would be to physically eliminate the culprits of the most serious crimes. If the death penalty were abolished, society would appear weak and vulnerable and crime would increase seriously.

The murder of a man is such a serious crime that it can only be adequately answered by the death of the culprit. By eliminating him/her, society would satisfy the legitimate desire for revenge of the victim’s relatives, especially in the case of, particularly awful crimes. The parents of a raped and murdered child, for example, could only find solace in the certainty that justice will kill the murderer.

Executions would be an effective weapon against crime. This would make criminals hesitate when the time comes to act. Even if they do not respect the lives of others, murderers would be afraid of being killed themselves once in the hands of justice. Impressed by this terrible sentence, all citizens would be driven to respect order, if not by conviction, then at least by fear.

In early modern Europe, a boy was hired to stand in place of a prince when he was to receive a punishment for his transgressions. This practice was originally called “punishment by proxy.” As whipping was a common form of punishment by tutors, these proxies came to be known as whipping boys.

Throughout history, there have been references to “whipping boys” in historical accounts and literature. As a result, the term “whipping boy” is now used in modern language as a metaphor for a scapegoat or someone to take the blame.

One of the first known examples of a whipping boy was a young man named Barnaby Fitzpatrick, eventually the 2nd Baron Upper Ossory. Barnaby became a companion to Edward VI after he was sent to England as a hostage and was often punished for Edward’s crimes. For example, when Edward uttered profanities, Barnaby was beaten as a result.

Another historical example is that of Charles I of England and his whipping boy, William Murray, in 1603. William was a close friend of Charles’ and even grew up to be the 1st Earl of Dysart and Charle’s Groom of the Bedchamber. It is thought that the reason for their continued closeness was because of their shared history of punishment.

Finally, Mark Twain himself wrote about a whipping boy in “The Prince and the Pauper”, his 1881 novel which popularized the term. It is a work of historical fiction about two identical boys who were born on the same day: Tom Canty, a pauper, and Edward VI of England. While the royal “whipping-boy,” Humphrey Marlow, is a fictional character, it is another great example of this role during the Renaissance.

Get access to TOEFL practice tests and questions for all the sections as well as answers to these questions and hundreds of others on our platform, GlobalExam!

What Criteria Should a Good TOEFL Sample Test Meet?

This means testing all four communication skills and tips– Listening, Reading, Writing, and Speaking – and putting your skills to the test using TOEFL-style questions and materials. How Often Should You Take Your TOEFL Practice Tests Online?

At GlobalExam, we recognize that each student learns and revises in their own way. For some students, their time is best spent revising grammar and vocabulary, whereas for others taking TOEFL tests online is the most effective form of preparation.

We recommend taking as many TOEFL sample tests as you can in the run up to your exam, starting at the beginning of your revision cycle. Don’t leave it until the last week to try a practice test: it’s better to familiarize yourself early with the structure and question types you’ll face in the TOEFL.

If you’re low on time before the exam, we recommend taking a minimum of two TOEFL tests online before exam day.

Where Can You Find High Quality TOEFL Sample Tests Online?

There are lots of useful resources online for preparing for the Test of English as a Foreign Language. The difficulty is identifying which ones offer the highest quality TOEFL sample tests.

One of your first ports of call for good quality TOEFL sample tests is the official ETS website. The resources provided by the ETS use the same content and question types as those you’ll face in the real exam, and their TOEFL sample tests come with answers or explanatory notes. These are valuable resources, and you can dip into select exercises whenever you have time in your study schedule.

When you’re researching the TOEFL and preparing your strategy, you can come across all sorts of terminology that might seem confusing. We’ve been explaining how a TOEFL sample test can help you prepare for the TOEFL exam, so what’s the difference between one of those and a TOEFL simulation test?

A simulation test is a type of TOEFL sample test that mimics the conditions of the real exam as closely as possible. This means taking a practice TOEFL test online under the same time constraints as you will face on the day. A simulation test also imposes the same restrictions, such as the number of times you can listen to a recording.

Taking the TOEFL exam requires careful preparation to ensure a good score. If we’ve convinced you as to how taking a practice TOEFL test online can help you take your preparations to the next level (we hope we have!), here’s our advice on how to find them online.

When you join GlobalExam’s community of language learners, you’ll get access to a huge range of resources for learning English and preparing for the TOEFL, as well as many other exams. This includes:

To access TOEFL practice exercises sorted by communication skill, simply navigate to Training mode and select the skill, exercise type and difficulty you would like to practice at. All of our exercises are timed so that you can practice working to the same constraints as in the exam. Sign up and get access to multiple TOEFL Mock tests to practice in real-life conditions against the clock.

All of the TOEFL sample exercises on GlobalExam are accompanied by answers and explanations, allowing you to check yourself as you go. Our mock exams are graded too, so you can get an accurate idea of your performance before test day.