Numbers in French: Learn How To Count Properly Up To 100

Numbers are always around us: you go out at night and meet someone who will ask you: “What’s your telephone number?” You go to a shop and while the salesclerk fills out the receipt, he might ask: “Can I have your address, please?”. On Sunday you go to the market  and you want to buy some oranges, you will need to confirm their price and then the seller will ask you: How many oranges do you want? If you pay your GP by check, you’ll have to write the exact amount in letters. If you are going to be hired in a new job, you will need to find out what your salary will be… To put it in a nutshell: Even if you hate mathematics, numbers are an essential part of our daily life. And for this reason, we have written this article whose aim is to guide you to master numbers in French. Here you will find:

If you wish to take the tests DELF, DALF or TCF, revising all our french vocabuary worksheets is always a great idea! 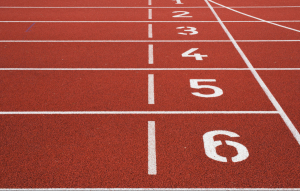 Numbers from 0 to 20 in French

Maybe you are already familiar with the numbers from 0 to 20. However, it’s always good to start from zero. This will allow you to have solid bases.

When it is not possible to write numbers in a simple word, they are composed of several simple words. In 1990, L’Académie française introduced a spelling reform that simplified the writing of numbers. All numbers composed of two or more words, including large numbers, now are joined with hyphens (hyphen = trait d’union):

You may find the numbers ending in 1 after the number 20 (21, 31, 41, etc.) with two different spellings; the traditional and the rectified one.

To write the numbers from 20 to 69 in French, you just add the single number (units) to the tens number. Remember that a hyphen is always used to join the two numbers together.

And guess what! A different rule applies for the numbers after 69. Pay attention: The number 70 in French is written like this: soixante-dix. As you can notice, it is a combination of soixante (60) + dix (10). The numbers from 70 follow the same pattern of 60 + a number from 10 to 19.

Did You Learn New Things About Numbers In French? Give Us Five!

Train for your DALF, TCF, DELF and many other prestigious language exams with us! We are GlobalExam, the first 100% e-learning platform dedicated to online preparation for language tests. We believe that to get a successful result, you need to work on the four skills and prepare seriously and specifically for the exam.

Train at your own pace and wherever you go! Use your laptop, your tablet or your mobile phone and do all of our exercises. What are you waiting for?

Take some times to read more articles we have written for you to enrich your French vocabulary and improve your language level.

Here with the list of vocabulary worksheets on many kinds of topics: