IELTS Academic vs IELTS General: Which Version To Choose?

If you’re considering taking the IELTS, you probably already know that there are two versions of the test: the IELTS Academic and the IELTS General. In this article, we’re going to compare the two versions to help you decide which one is right for you.

Here we’ll be talking about:

What Is The IELTS Academic And What Does It Measure?

The IELTS Academic is designed to measure your English communication skills in an academic environment. This version of the test uses academic-level vocabulary and discussion topics, and you will be graded based on your ability to communicate in English at a university level.

Typical topics in this version of the test include:

How Is the IELTS General Training Designed and Structured?

The IELTS General Training is designed to measure your English language proficiency in everyday situations, including in the workplace.

This version of the test typically includes topics such as: 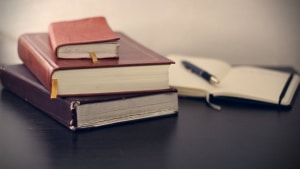 IELTS Reading General or Academic: Which One Is Better?

The IELTS Reading General is divided into three distinct sections:

The Academic Reading section is made up of three long texts that assess your ability to do the following:

In both versions of the test, you will encounter texts that are descriptive and factual. However, it is only in the Academic version that you will have to deal with analytical texts.

The Academic Reading section uses texts taken from books, journals, magazines, and newspapers. For this reason, these texts include more complex structures and advanced vocabulary, although the subject matter is non-specialist in both versions.

Let’s compare an example question from each version of the Reading section to see the difference.

In the IELTS General Reading, you could be presented with instructions explaining how to use London’s Happy Bike scheme, for example, then answer a question such as the following:

If you were given a text about the science of lying in the IELTS Academic, for example, you might be asked to fill in the blanks on the following diagram: For the Speaking section of the IELTS, there is no difference between the two versions of the test. Both the format and topics used in the IELTS Academic and the IELTS General are the same.

The Speaking section is the shortest section of the IELTS, taking 11-14 minutes in total. It has three parts:

Here’s an example of the type of topic you could encounter for parts 2 and 3:

IELTS General Writing or Academic: What Is the Difference?

The Writing section of the IELTS is designed to test how well you can communicate in written English.

This section is different across the IELTS Academic and the IELTS General Writing, although both versions of the Writing section last one hour and include two tasks.

The IELTS General Writing is divided into two distinct parts: Task 1 and Task 2. The two tasks require you to do as follows:

The Academic version of the Writing section also has two tasks that require you to do the following:

Although Task 2 requires you to write an essay in both versions, there is a difference in style. Whereas it is acceptable to write in a personal style for the IELTS General Writing, the Academic version demands formal language.

Here’s an example Task 2 question from the IELTS General Writing:

Here’s an example Task 2 question from the IELTS Academic for comparison: Here’s one example of the types of questions that follow the recordings.

If the first recording were a conversation between two university students introducing themselves to each other, you may be asked to do something like complete their ID cards, as below:

We have also written an article to help you find out if you should you take the IELTS or the TOEFL and the TOEIC vs IELTS different criteria.

Which Version of the IELTS Test Is the Easiest One?

The IELTS Academic bases its Reading and Writing questions on topics related to university life and subjects, such as course schedules, campus navigation, and lectures. The IELTS General Training Reading and Writing sections are oriented towards test takers looking to enter an English-speaking work environment, with questions based on more general topics, including making an appointment and writing a letter.

In the case you are wondering the IELTS exam fee, we have an article available online for you. Before registering to the IELTS test, please check the accredited test center where you could take it.

When it comes to comparing the two versions of the test, it’s important to recognize that there is no easy option. Both tests are rigorous and require careful preparation.

Although the IELTS Academic is designed to deal with more academic topics, the level of English is not necessarily more advanced. Indeed, the IELTS General Training may prove challenging to academic students unfamiliar with the language used in professional environments.

Remember: you should choose the version of the test you take depending on what you intend to use your test IELTS score for. Even if the IELTS General seems like an easier option, you may require an IELTS Academic score for your future applications such as for Life Skills application visa.

Allow GlobalExam to Help You Reach the IELTS Score You Deserve

So, have you decided which version of the IELTS is right for you? If you’re still having trouble making the choice, why not try your hand at some practice exercises for the IELTS Academic and the IELTS General Training on GlobalExam?

Whichever version of the IELTS you decide is the one for you, GlobalExam has the solution for helping you to prepare. Our sophisticated e-learning platform is an online solution for studying for language exams in a way that suits your level, your goals, and your timetable. You can also find IELTS FAQs with times, dates, registration and preparation.

The best way to prepare for the IELTS Academic or the IELTS General is by practicing using IELTS-specific learning materials. On GlobalExam, you can find dozens of IELTS practice tasks and questions for every section of the IELTS, across both versions. Within each test section, you can even find different question levels – Easy, Medium and Hard – to allow you to target your practice to your desired band score.