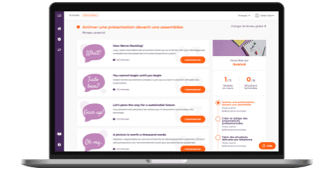 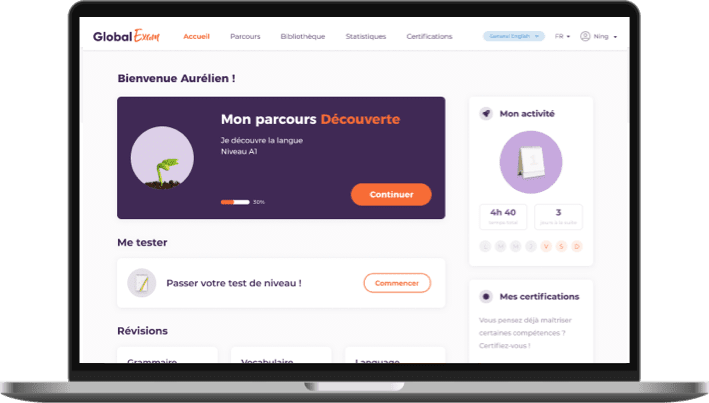 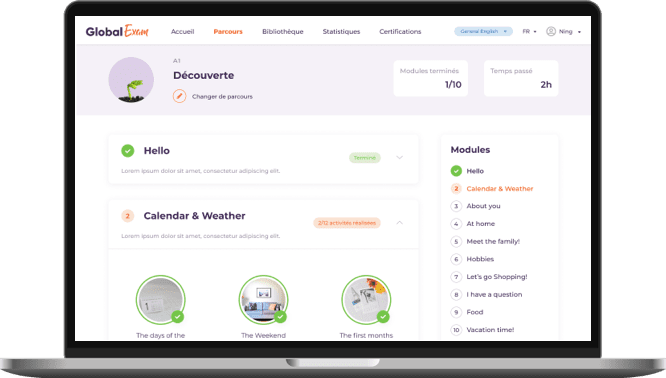 Over 2 millions Learners have already accomplished
their goals, now it's your turn 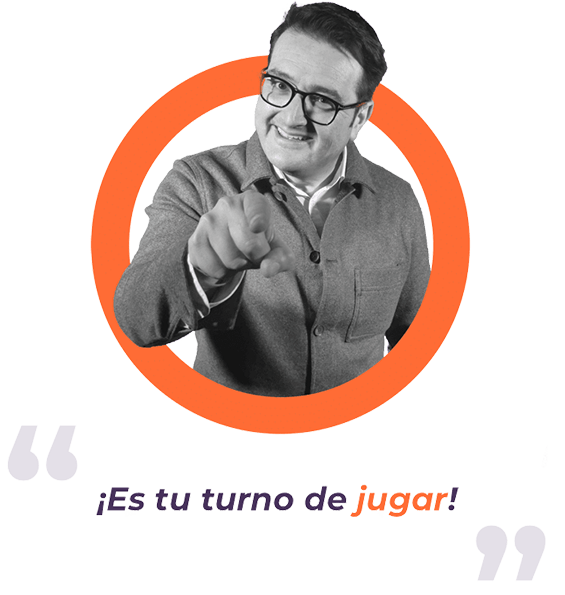 Are you wondering whether you should learn Spanish? Here are three reasons to take into consideration:

Reason #1: Spanish is one of the most spoken languages in the world


Did you know that Spanish was the mother tongue of more than 400 million people in the world? It is indeed the second most commonly spoken language when measured by native speakers. Hence, you will be able to communicate with plenty of people around the globe!


When travelling, being able to speak with locals is one of the most enriching experiences you can have! By removing the language barrier, you will be able to make strong connections with people you would have probably never met otherwise! The list of countries in which you can speak Spanish includes many popular destinations, such as Spain, Mexico, Cuba, and the Dominican Republic. Vamos!


Knowing a second language can be a great asset in our globalized world. With Spanish, you will be able to diversify your skills and boost your career. International-oriented businesses are always keen to have staff members who can help them with external partners for instance!


Don’t take the first Spanish source you can find. Do some research, read other people’s reviews and carefully select the content you want to use! This way, you will be able to learn more efficiently in a reduced amount of time!


Before you start learning Spanish, make sure to set up goals over a certain period of time. A structured planning is indeed key to keep track of your improvements and stay motivated!


Do not use only one source throughout your entire learning process. To stay motivated and make learning Spanish more fun and dynamic, use various sources! In addition to academic ones, there are plenty of movies, series and podcasts you can watch and listen to!


Are you scared of getting bored when learning Spanish online on your own? Find yourself a language buddy to practice with you! You can for instance set up weekly calls or videoconferences. This will make learning Spanish more motivating and interactive. You will also be able to receive feedback and improve faster!


Learning a language takes time so if you’re not fluent within a month: no worries! What matters is that you stay consistent and keep on practicing regularly. As you may have heard: practice makes perfect!

There are plenty of best ways through which you can learn Spanish. Some will suit you more than others: it’s not one fit for all! Here are some options you can choose from:


Babbel, Busuu, Duolingo… There are plenty of apps from which you can choose! While these should not be used on their own, learning on an app is very easy and allows you to work on your Spanish wherever you are at any time! These are most useful to practice on small exercises and review specific grammar and vocabulary for instance.


While this method may be better suited for more advanced levels, watching Spanish movies and series is an excellent way to improve! You can first start with English subtitles, then Spanish ones, and then no subtitles at all! This will allow you to work on your oral comprehension and expand your vocabulary!


Listen to Spanish podcasts to tidy your apartment or drive to work! Podcasts such as “News in Slow” and “Notes in Spanish” will allow you to expand your vocabulary on key topics and get used to listening to Spanish on a daily basis!

4) Travel to a Spanish-speaking country


One of the best ways to learn Spanish is travelling! This way, you will have to interact in Spanish on a daily basis. As for the countries where you can travel to learn Spanish, there are plenty of options! You can for instance go to Spain, Mexico, Cuba, and the Dominican Republic to enjoy the sun while discovering local cultures and cuisines!


GlobalExam is one of the first online platforms for learning languages. Designed by language professionals, our platform will allow you to practice on the points you want to improve. With practice material, mock exams and review sheets, you will be able to gain confidence and make quick progress!

If you want to be able to speak with a good Spanish accent, you’ll have to work at polishing your pronunciation. Here are some tips:

As previously mentioned, there are plenty of places to which you can travel and learn Spanish. This includes popular destinations such as Spain, Argentina, Columbia, Cuba… and many more! Here are some tips on where you can travels depending on your preferences and level:


From its large festivals to day-to-day life, you will be able to learn Spanish while discovering the joys of Colombian culture! The country’s capital is a great location for students and travelers alike, with some of Columbia’s top universities, historical monuments and thriving cuisine. What’s more? The local accent in Bogotá is one of the easiest to understand for newcomers with little to no knowledge of Spanish.


If you are looking for a small city with a big personality, Granada is the place you should go to! With university students representing almost one third of the population, Granada is a lively city known for its colorful events, southern climate, and stunning Arabic architecture!


Another Spanish city in which you can learn Spanish is Seville! Whilst being the home of flamenco, Seville has a lot to offer in terms of cultural venues and events for students and travellers alike! One important detail: learning Spanish in Seville may be challenging due to the local Andalusian accent. Hence, this city is better for students who already have some knowledge in Spanish before arrival!


In this city of thriving nightlife, you will be able to become fluent in Spanish but also tango and jazz! Being Argentina’s capital, locals are generally eager to meet new travelers and students. Within a few weeks, you will be able to make lasting connections and discover the arts and cuisine of this beautiful city!


Last but not least, Santiago! As the expression goes: “if you can understand Chilean Spanish, you can basically understand all kinds of Spanish!” In other words, learning Spanish in Santiago requires real commitments to learning Spanish. It is nonetheless highly rewarding! With both historical and modern venues, this city will allow you to learn Spanish in a dynamic and always-expanding metropolis!

There is no simple answer to this question. While Spanish is generally known for being an easy language to learn, it all depends on your background and how talented you are at learning languages! For instance, knowing a second language makes it much easier. It is especially true if you already master another Romance language, since Spanish shares similar construction and words to this group of languages.

As previously mentioned, it will also be easier for you to learn Spanish while being fully immersed in the language. Travelling is not necessarily required: in our globalized world, you can also have access to a community of Spanish speakers near your home or online! Practicing on a regular basis with somebody else is indeed an important part of the learning process. It will also keep you motivated!

Last but not least, learning Spanish can also be easier if you start from a young age. Children indeed generally find it easier to learn new languages. At this stage of their lives, their brain indeed constantly registers and learns new information, making learning languages much faster and easier!

Of course, if you don’t fulfill any of the above conditions, no worries! While learning Spanish may be a bit more difficult with time, what matters is your enthusiasm and commitment. As you may have heard, practice makes perfect!

Are you wondering how to improve your level in Spanish? Here are some of our best tips and tricks to become more confident in Spanish in no time!


What are the advantages?

With our GlobalExam online classes, you will be able to:

What is the difference between individual and group classes?

With GlobalExam, you can choose between two different formats:

For group classes, the weekly schedule is the following (Paris time):

Overall, our two formats allow you to choose the learning method that fits you best! While group classes may help keep you motivated, individual classes are more flexible. Choose the format that you believe suits your way of learning and start your online classes now!

With GlobalExam, our teachers and online platform will allow you to improve quickly and build long-lasting language skills!

On our online platform, you will have access to:

Unlike traditional Spanish classes, our online platform allows you to learn at your own pace wherever you are! So, what are you waiting for? Ahora, vamos a aprender el español con GlobalExam!