Hit the score
you need 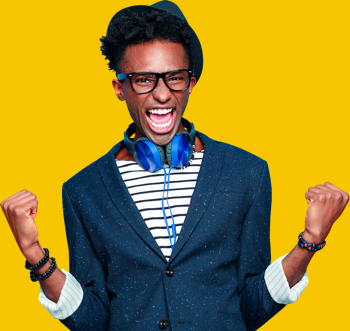 Of course you want to pass the TOEFL ITP®!

The TOEFL ITP® is the simplified ‘paper’ version of the TOEFL IBT® (“Internet Base Test”). It measures the English level of university students whose native language is not English.

This certificate is recognized internationally and is one of the most popular language evaluations in the world.

Average results /677 obtained with 30 days of practice, calculated from a sample of 1,000 users

How can you pass your TOEFL ITP® with GlobalExam ? 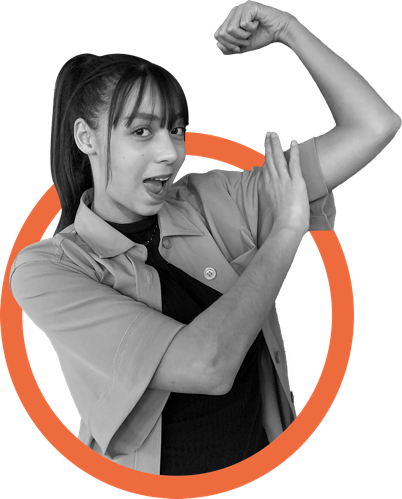 Corrected exercises
Practice, learn from your mistakes and advance quickly
Mock exams
Take the exam in real conditions and find out your score
Track progress
Follow your progress in real time up until the exam day!
Personalized study path
Choose the study path adapted to your goal and stay motivated
Test my level for free

How can you pass your TOEFL ITP® with GlobalExam ?

1,5 million Learners have already accomplished
their goals, now it's your turn

The TOEFL ITP test (Test Of English as Foreign Language - Institutional Testing Program) is the TOEFL version which is carried out on paper. Unlike the TOEFL IBT which takes place entirely online, this version is organized within secondary education establishments favoring paper supports. The TOEFL ITP is in some ways easier than its digital version. Not only is it shorter (2 hrs instead of 4 hrs) but also limited to three assessed skills (unlike 4 for the online TOEFL).

However, the TOEFL ITP remains, like the TOEFL IBT, for individuals whose mother tongue isn’t English and who wish to attest to their linguistic level. As it is well-known worldwide, this test is indeed a reliable proof of the candidate’s English level, for universities and companies.

TOEFL ITP has the specificity of offering great flexibility to those who supervise sessions. Most of the time, these are teachers who want to model the test, depending on their desires. The latter have the possibility of defining the date of the test, the size of the group of candidates, but also the objectives targeted by the test. The TOEFL ITP is carried out entirely on paper and uses only university content.

The TOEFL ITP covers three areas of skills and is therefore made up of the following three tests:

The first one concerns the oral comprehension section.This section of the exam lasts a total of 25 minutes and assesses the candidate’s ability to understand spoken English like it’s used in universities and higher education institutions. The section contains 50 questions on audio recordings. These recordings can be extracts from short conversations or long conversations, on topics related to student life. This test is divided into 3 exercises

The questions asked in this oral comprehension section can relate to conversations, idioms, innuendo, rounded off, organization of conversations, etc..

This test assesses the structure of the language and written expression. Through several exercises, the candidate is tested on his knowledge of grammar and syntax and on his ability to spot errors in standard English texts. The topics covered mainly concern history, culture, literature and art, referring to Canada or the United States. This section lasts 25 minutes and is itself subdivided into 2 exercises.
The first is made up of 15 questions and you need to complete sentences by choosing from 4 possible answers. To give you a more clearer idea, here are some examples of questions you might find in this exercise:

The second exercise in this section includes 25 questions in the form of sentences, in which one has to identify a grammatical or syntax-based error. The format of this exercise is very specific so here are some examples that will help you better understand:

This is a written comprehension test. It is used to assess the candidate's ability to read and understand university texts written in English. The Reading lasts 55 minutes and includes 50 questions with short academic texts (about 10 questions per text).

The presented text is around 300 words and talks about a project which uses solar energy. Here is the type of questions that can be asked in this exercise:

The TOEFL ITP score is calculated according to a precise algorithm specific to the test. It is therefore encouraged, not to neglect any question during this test because each of these represents a different number of points. To obtain a score, you must answer at least one question per section. The ITP TOEFL scoring system is specific: for each section of the test, the score is converted by a statistical average to a figure (between 31 and 68) on the TOEFL test scale, with an overall score between 310 and 677 which corresponds to the average of the scores per section, multiplied by 10 (except for level C1).

The TOEFL ITP is scored out of 677. The “Reading” section gives a score between 31 and 67. The “Writing” section is scored between 31 and 68 points. The “Listening” is also scored from 31 to 68.
The TOEFL test covers the language levels from A2 to C1 (according to the CEFR scale), which are the most common among English learners.

Here are the correspondence between TOEFL ITP score and official levels established by the CEFR:

The TOEFL ITP, like the TOEFL IBT has an academic context. This exam is mainly taken to help applications for Ivy league or English-speaking universities. The Test Of English as Foreign Language allows higher education establishments in France and abroad to know the level of English of their candidates. It is an important measurement tool, which is taken into account while selecting future students.

The score requested by universities varies, depending on their expectations and the reputation they have. Thus, you can expect that you’ll need to aim for very high scores if you apply for a spot in prestigious establishments. Generally speaking, universities require a B2 level to accept an application, corresponding to a total of at least 543 points out of 677. To get more information on the establishment to which you are applying, mainly concerning the minimum score which is required, you can inquire directly with your examination center.

You wish to register for the TOEFL ITP? To register for the test, you must first create an account on the ETS platform, as they administer the exam. The site provides access to the list of examination centers which are the closest but also the various session dates. The ITE TOEFL registration fee varies depending on the country. After the exam, you will have to wait ten days before you get your results. The diploma level is sent after approximately 13 days. You also have the possibility of choosing an option which allows the immediate unveiling of your results to the establishments of your choice (5 establishments maximum).

To optimize your score for TOEFL ITP, preparing in advance is the key to success. Even if you have a good level of English, it is possible to be caught off guard by the structure of the test and fail, due to lack of anticipation and preparation. Like with many language exams, the TOEFL ITP is a standardized test with very specific instructions and a way of working. Getting familiarized with the rules and structure of this test will allow you to gain confidence and be quick on D-Day.

A good TOEFL ITP preparation must include training based on standard exercises but also mock exams to get used to the real conditions of the exam and learn to manage your time correctly. It is also very important to be able to analyze your weaknesses and work on them by checking out English lessons which are in keeping with your level and your score goal. By following this training model and getting ready several weeks in advance, you shall stack all odds by your side and will be ready when you pass the exam.

At GlobalExam, we have designed an optimal training solution to allow you to prepare for the TOEFL ITP in the best conditions. We pay attention to your needs and your emotions, we strive to continuously improve the latter. This training is available on our e-learning platform and is made up of a mixture of standard exercises and mock exams. You can access:

A good TOEFL ITP preparation must include training based on standard exercises but also mock exams to get used to the real conditions of the exam and learn to manage your time correctly. It is also very important to be able to analyze your weaknesses and work on them by checking out English lessons which are in keeping with your level and your score goal. By following this training model and getting ready several weeks in advance, you shall stack all odds by your side and will be ready when you pass the exam.

All of the content on our platform, 100% dedicated to the preparation of language exams, is written and developed by our team of qualified teachers. This content is also regularly updated.
Last but not least, we also believe that preparing for a language exam requires having access to your scores and the evolution of your progress. This is the reason why, you can find your personalized answers and your progress statistics in the "Statistics and Corrections" section of the GlobalExam platform. This will allow you to define your strengths and potential weaknesses to work on, which shall make you all the more motivated to continue.

In order to help all candidates to prepare for the TOEFL ITP, our teachers have also written and posted many revision texts concerning grammatical points and vocabulary to master, in order to pass the test. These texts are available on our blog, we also publish articles on this blog, concerning practical information related to TOEFL ITP, for example the procedures for registering for TOEFL ITP exam.