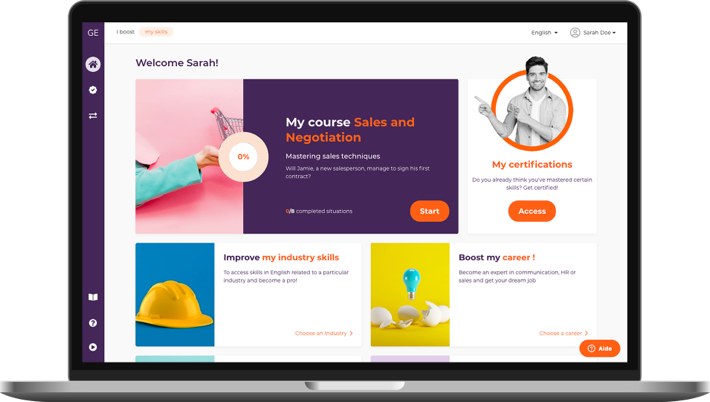 Become a
sales and negotiation pro!

On the Sales & Negotiation study programme, learn how to:

Duration of the study programme
7h

Certification
at the end of the study programme

Our recipe for success! 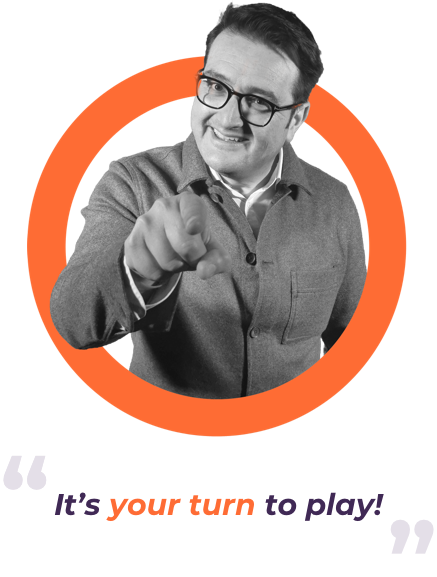 Do you have a question about our subscriptions? Take a look at our F.A.Q.s

Automatically renewed subscription which can be canceled at any time.

2 million Learners have already accomplished
their goals, now it's your turn

How to negotiate in English?

Negotiating and selling are the bread and butter of the business world, and they’re not exactly straightforward things when you add a language barrier into the mix. It’s important to learn how to sell and negotiate not only for the sake of good oral communication, but because the success of your business may depend on it. Making or breaking a business deal defines the future of a company, so don’t take any risks.

We recommend spending a little time understanding more about mastering this skill in English in order to equip yourself with the expression you’ll need to survive and thrive in negotiations.

When you have to negotiate in English, it is a good idea to not only know your product or service, but to know some of the common expressions and words that are used. You don’t want a misunderstanding to cause the negotiation to end unsuccessfully. Below are ten common words and expressions that you may hear while negotiating in English.

We propose that we change the shipments to twice a month. It’ll save us both money.

Maybe you could lower the price. Your current price is too high, and it’ll make our product too expensive.

Would you consider a 10% increase in fees, starting next year? You want 12%, but that’s a little too much.

Directly making a suggestion without one of these phrases could make what you say sound like a command. Some cultures speak this way, and it is acceptable within the culture, but direct suggestions in English can sound rude or abrupt.

– That sounds good. This phrase shows agreement, and that the person is pleased with what you just said.

Jim: We can increase our shipments to your firm by 20%, beginning next month.

Emma:That sounds good. My director will be glad to hear this.

Emma: Our lawyers are happy with the details. We’re ready to sign.

– Let’s wrap this up. We say to signal that we want to end the talks, and that there is a general agreement on what has been said. It can signal the desire to sign contracts or make a formal agreement.

Jim: Okay. Everything looks fine. Let’s wrap this up.

Emma: Sure, I’ll get the contract ready and we can sign it next week.

– I’m afraid that doesn’t work for us. This phrase signals that what your offer isn’t acceptable to the other person or firm.

– No, those terms are unacceptable to us. This is probably the most direct of the three expressions. The use of ‘no’ and ‘unacceptable’ indicates that the other firm really is unhappy with the contract or proposal.

– We are not interested. This one can confuse people from other countries. It doesn’t indicate boredom; the phrase shows that what you offer is not something the firm wants. It’s a way of saying ‘no.’

– Drive a wedge between is an idiom that means something which causes hostility or disagreement between people.

Jim: These new prices are going to drive a wedge between our two firms

– Drive a hard bargain is an idiom that means to show very little willingness to make compromises during negotiations.

Justin: The Americans want to drive a hard bargain for the new trade deal.

Bill: I know. They always do.

– Stand my/our ground is an idiom that means you or your company are firm on the conditions you have set. You will not change them usually because you can’t without hurting your company.

Jim: I’m sorry, but we have to stand our ground on the price. Any lower and we would lose money.

Once you’ve achieved one successful negotiation, you’ll start noticing that these business exchanges use a lot of the same expressions and vocabulary. Let’s look at some of the most common phrases you could encounter:

Knowing how to negotiate in English is a delicate thing. It requires a good foundation in grammar and vocabulary for clear communication, as well as the confidence and flexibility to adapt your communication skills to an evolving situation.

To start off, you’ll need to learn the appropriate expression and phrases to express yourself, to agree, to refute, and to challenge. You’ll also need to have enough vocabulary to cover the subject of your negotiation, as well as all the relevant politeness formulas.

At GlobalExam, we understand this concept well, so we have incorporated culture into our new Business English programs.

Let’s take a look at some sample exercises that you can use to practice negotiation skills: 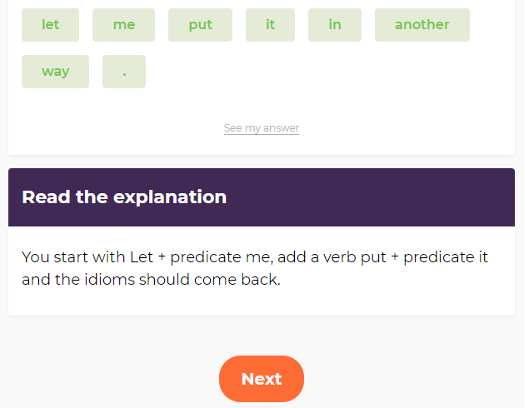 This exercise looks at a common negotiation phrase and requires you to have a good knowledge of English syntax. And another one:

This exercise asks you to put three keywords into the correct place in the sentence. This is a good example of an opening negotiation phrase.

If you want to be the best possible business negotiator you can, here are our top ten tips. Read and learn:

Negotiating and selling are skills like any other in that they can be mastered if you take the time to learn them. And what’s more, it’s possible to learn English negotiation and sales techniques online. On GlobalExam, we’ve got a whole module dedicated to nurturing this skill. In the “Sales and Negotiation” part of our platform, you can learn:

You can learn how to sell on GlobalExam across three levels: beginner; intermediate; and advanced. As you progress from one level to the next, the topics, grammar, and vocabulary will become more challenging.

When you sign up to learn business English with GlobalExam, you’ll have the opportunity to practice your language skills with native, TESOL-qualified English teachers through virtual lessons. If mastering negotiations is your goal, we recommend booking an individual 30-minute lesson with one of our teachers to focus on the skill and benefit from one-on-one tuition and practice.

Alternatively, you can participate in one-hour group lessons on set themes, such as making phone calls, planning a meeting, and giving a presentation. Group lessons take place at set times each week and are limited to a maximum of six learners.

Business English has specific needs such as negotiating. A general English course cannot cover business English in the detail that is needed for you to succeed in your workplace. That’s why we have created a new set of courses that are only for business English. You need to know how to negotiate, not just the words and phrases, but the cultural aspects as well.

With GlobalExam’s new Business English platform, you will learn the soft skills, the culture, the vocabulary and a host of other aspects, which are crucial to career success in an English speaking business environment. You’ll develop greater confidence with better understanding and new opportunities will become available. We offer three pathways for you with our new platform:

Boost my Skills is intended to get you ready to function effectively in topics such as writing a professional email, managing a project,managing interculturality, recruitment, answering the phone, travelling in business, conducting a meeting or greeting a client. We give you the needed grammar and vocabulary for these topics, too.

Boost My Career is intended to enable you to handle  marketing, communication, human resources, sales, purchasing, CSM or management. A variety of story driven activities on this pathway allow for a creative and realistic means to practice. Negotiation is mainly used in the Purchasing sector.

Boost my Level is intended to develop a wide range of business skills, according to your level beginner, intermediate or expert). Our free online English test will ensure that you start at the suitable level.

Flexibility and the ability to choose is a key part of GlobalExam’s services. That’s why we provide options. We don’t want to waste your valuable time and money on things that you don’t need.

Our new Business English platform has the following:

In addition, you’ll also have access to a well-designed website, attractive and navigable. Not to mention our team of dedicated professionals, who strive to bring about your success.